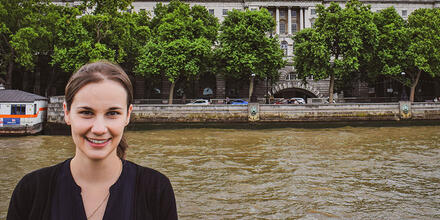 The ANU College of Law Research Showcase Series seeks to acknowledge and promote outstanding research by College academics. This instalment in the series features Associate Professor Esmé Shirlow, who will speak about her article ‘A Sliding Scale Approach to Travaux in Treaty Interpretation: The Case of Investment Treaties’, which was co-authored with Professor Michael Waibel and published in the British Yearbook of International Law. The event will be chaired by Associate Professor Emma Aisbett.

Treaty negotiations inevitably result in the creation of a large documentary record. During negotiations, States exchanges multiple versions of treaty texts, comment on one another’s proposals, produce briefings and position papers for internal and external consumption, and receive comments from internal and external stakeholders on their negotiating positions. But what role do such materials play in disputes about the meaning of the treaty that arise after its conclusion? And what implications for international law result from the misuse of such documents in interpretation? The article proposes a methodology to guide the more structured identification and use of such materials in treaty interpretation, using disputes about the meaning of investment treaties in investor-State arbitration as a case study.