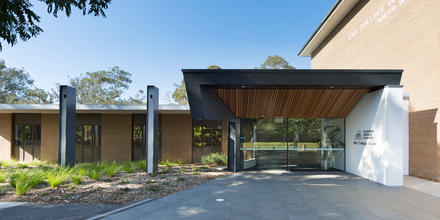 The series aims to showcase the diverse legal research being undertaken by scholars at the ANU College of Law. It provides a weekly opportunity for academic staff, College visitors and HDR candidates to engage in conversations with high-impact researchers and enrich our research community.

Where possible, seminars in this series will be scheduled at lunchtime each Wednesday during teaching periods. Light lunch is provided.

The College welcomes members of the ANU Community, external stakeholders and the general public to attend any of the sessions listed below.

We are increasingly governed and influenced by algorithm-based Artificial Intelligence. Government and business use of these technologies (and the underlying large data-sets they require) can impact human rights in myriad ways. Yet hitherto the debate has been about ethical AI, with legal and regulatory frameworks some way behind the technological curve. A regulatory consciousness in this area is still emerging. We have moved from debating whether governments need to regulate AI's potential discriminatory (etc.) effects, to questions of how best to do so, enabling innovation while protecting human rights. This seminar explores a research agenda at the nexus of various fields, including disruptive technologies, ‘business and human rights’ and regulatory theory.

Making the Most of your OSP

Cris Alves will open the seminar to discuss the new OSP procedure. This will be followed by an engaged Q&A-style panel discussion led by David Letts and Kim Rubenstein, who will reflect on their recent OSP experiences. OSP topics covered will include:

Do religious values have any value

Australians reading about secret trials in foreign countries tend to content themselves in the belief that in Australia we have an open court system and an independent judiciary. After all, freedom of speech, the rule of law and an open and independent court system are basic bulwarks of our democracy. Aren’t they? In this talk Ernst Willheim will challenge that comfortable assumption drawing on the extraordinary prosecution of Canberra lawyer Bernard Collaery and Witness K for disclosure of the illegal bugging of the Timor Leste cabinet by Australia’s intelligence agency ASIS in the course of bilateral boundary negotiations between Australia and Indonesia. Another Australian intelligence agency ASIO later raided Collaery’s legal office and seized confidential legal advice to his client Timor Leste. The proceedings are being shielded from public scrutiny. Ernst will discuss the importance of openness in judicial proceedings and the importance of the constitutional principle of freedom of political communication in relation to disclosure of wrongful conduct by public authorities.

The Crime of Aggression: Useless, Anachronistic - and Beautiful

This presentation will argue that the ICC’s newly-adopted crime of aggression is useless, anachronistic, and yet beautiful. The crime is useless because the jurisdictional regime adopted by the Assembly of States Parties ensures that the Court will never prosecute anyone for aggression. The crime is anachronistic because, since the Vietnam War, the international community has largely shifted its attention from preventing aggression to limiting atrocity. But the activation of the crime is also beautiful, because it culminates seven decades of legal activism and reflects the international community’s most utopian longing – for a world free from the scourge of war. For all its uselessness and anachronism, therefore, the crime serves as an important reminder of how desiccated the international community’s response to war has become.

Attendance is free, but registration is required. If you are unable attend, you are kindly requested to cancel your registration to allow others to attend.

Research Impact: Promoting your research in a crowded field

This ANU College of Law Research Seminar will discuss how to ensure that your research has impact. Issues to be considered will be selecting how and where to publish (book, article etc), as well as how to ensure your research has the greatest impact possible. What are the options? A coffee table book? Using social media? Linkedin? Facebook? Writing an opinion column? Publishing a shorter ‘think piece’ version of the article or book? Keynote conference speech? How do these different impact strategies tie in with the ARC Engagement and Impact Assessment process?

Strenthening Accountability and Transparency: Lessons from the Parliamentary Scrutiny of Delegated Legislation in Canada and the UK.

This seminar examines the various formal and informal mechanisms by which parliaments in Canada, the United Kingdom, Australia and New Zealand monitor, supervise and scrutinise the exercise of delegated legislative authority by the executive. In recent years, delegated legislation has taken on a new importance. By volume, it makes up the majority of new laws that are made each year. Sweeping delegations of lawmaking authority to the executive is standard in many bills introduced in parliament. The concern is that the delegated lawmaking process is not sufficiently transparent and accountable. Delegated legislation is made by the executive outside of Parliament and does not benefit from the traditional safeguards of the parliamentary process including three readings, committee study, public debate and a vote. As the source of legislative power, parliament could in theory revoke a delegation of lawmaking authority to the executive or even a particular regulation. But this oversight is only effective to the extent that parliament is aware of how the executive has exercised its lawmaking discretion. How does parliament monitor delegated legislation? The principal method is through one or more parliamentary scrutiny committees, although there are a variety of different models. The purpose of the project is to map these different models with the goal of finding innovations and best practices. The Parliaments of Australia and Canada, in particular, have made clear their intention to reform their existing committee processes to strengthen transparency and accountability and have sought my preliminary recommendations for reform. For example, the Australian Senate Standing Committee on Regulations and Ordinances is presently carrying out an inquiry on how it might improve its scrutiny process (due to report 3 June 2019).

Lorne's research takes a comparative perspective and focuses on public law, including judicial review, legislation, delegation, the lawmaking process, statutory interpretation and legal institutions. Lorne has published or edited a number of scholarly collections, journal articles, case comments, book chapters, book reviews, and newspaper op-eds. In 2017, he published a monograph with Springer entitled The Dynamics of Judicial Independence: A Comparative Study of Courts in Malaysia and Pakistan. In 2018, Lorne was commissioned by Hart as General Editor of a new global book series examining the rule of law in context.

After remaining as drafts for more than 20 years, largely due to the resistance from business sectors, last year the Personal Data Protection Act was finally approved by the National Legislative Assembly of Thailand (the legislative body under the military regime after the 2014 coup). Amidst anxiety and confusion, several sectors are preparing to comply with this new law which will be effective in May 2020. This seminar will address the observed influences of transnational standards on the law and will examine the following questions. Is legal diffusion different in the context of digital law? What are the local conditions of successful legal reception? Can a law received through market-driven moti-vation become a tool for human rights protection or democratisation?

Among transnational standards on data protection and privacy, the EU’s General Data Protection (GDPR) was the most important and undoubtedly changed the dynamic in the Thai legislative pro-cess. Though GDPR was developed to secure European citizens’ rights by providing legal tools for users to bargain with companies (particularly multinational tech giants), it may extraterritorially en-hance the digital freedom of citizens in developing countries when they face not only data-driven business but also governmental authorities. The EU’s normative power reaching outside Europe has been widely discussed in the context of democratisation and human rights protection. The EU norms intended to give effects inside EU may lead to “the race to the top” for the worldwide connected digital regulation. The economic law may be instrumentally used to enrich fundamental rights pro-tection. This seminar will also touch upon potential problems of implementation such as misinterpre-tation of legal principles, mismatch with related local rules, and wrong assumptions of different legal culture, which are typical issues found in cases of legal transplant.

Thitirat Thipsamritkul is a lecturer at the Faculty of Law, Thammasat University (Center of Interna-tional Law, Center of Japanese Legal Studies), where she teaches public international law, human rights law, media law, law and technology. She holds LLB from Kyoto University, and two LLMs from GSICS, University of Kobe (in International Law) and SOAS (in Law, Development and Governance). Thitirat is especially interested in the relationship between market, technology and human rights. Her current research focus is in the areas of freedom of expression, privacy and internet govern-ance.She also cooperates with civil society and the public sector to advocate for better legislation and policy in these areas, including with respect to the recent Thailand Data Protection Law.