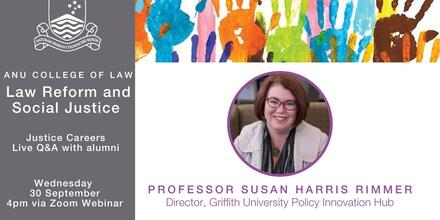 Professor Harris Rimmer will talk about her journey through University, her career, passions and advocacies and will provide some insights to assist current students who want to pursue pathways into humanitarian sectors of the law.