Home » Hypothetical: A tale of terrorism

Hypothetical: A tale of terrorism 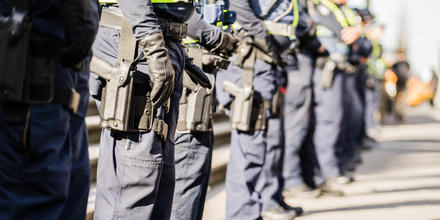 Hypothetical: A tale of terrorism

The 2001 September 11 attacks hurled terrorism into the global mainstream media where it has remained for nearly 20 years. Since then, Australia’s counter-terrorism narrative has developed, carving out a new national security landscape. Today, Australia’s domestic terrorist threat level is set as PROBABLE.

How has the Australian Government prepared us to deal with this threat and what have we given up to get here?

Join our expert panellists as they confront a hypothetical domestic terrorist attack and explore the possible ramifications, anticipated reactions and the likely effects on the future of our society.

The hypothetical will be moderated by Mark Kenny, a Senior Fellow at the Australian Studies Institute and Director of the National Press Club of Australia.