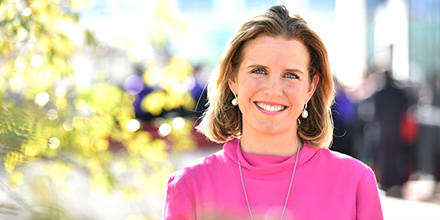 As head of the charity arm of the Sony Group of Companies, the nature of Sophie's work allows her to pursue her passion for business and philanthropy and believes the two should be inextricably linked. She has engaged with a wide range of stakeholders both domestically and abroad whilst working for the United Nations in the area of criminal justice in Vienna and Sudan.